In Panaibra´s new creation named Cheered Lies (Mentiras aplaudidas), three performers and two musicians take us on a journey through today´s current and urgent topics, through culture wars, ideologies, fears, and insecurities. Cheered Lies takes a look at today’s world in which fake news are on the daily agenda, catapulting the manipulative game between truth and lies to a next stage. Which side of history are we on? What kind of people have we become? Where do we come from? The performers in Cheered Lies look at history through the filter of their own biographies, thus working on a critical historiography. They invite us to consider learned knowledge from different perspectives. Cheered Lies aims to critically question historical narratives and to discuss notions of nationality, cultural affiliation, and identity.

By and with
Panaibra Gabriel Canda, José Jalane, Amélia Socovinho

Inspired by the authors Janusz Korczak and Fernando Pessoa, Mozambican choreographer and dancer Panaibra Gabriel Canda deals with the different worlds and perceptions of adults and children and with lost or buried utopias.

There is a connection between me and the other me, like the wormhole that connects the Dragon´s triangle with the Bermuda Triangle. A connection between I, the eye of the camera and the projected image. It resembles our society in which there is a pressure between the I and the other´s expectations that sometimes imposes the projection of  another me. But what is this other me?

There is a misunderstanding between the rational thinking of mankind and his irrationality: a silent scream that appeals to the crowd, a blind look that sees a landscape, a mutilated movement that reaches into the void, an odorless smell that suffocates the environment, a tasteless taste that stings on the tongue; a mind that inhabits the subconscious of a consciousness which condones democratic dictatorships by inhabiting the inertia of the presumed freedom of a life dead in time!

This is the man from the sea, who did not see the whale pass by, did not hear the whale song, did not feel the salt of the water, let alone the movement of the wave. This man lives here, in this world where heroes turn into villains, liberators into exploiters, ideologies into faith, religion into politics, wars into business, governments into oppressors, boundaries into walls, securities into uncertainties. Yes, here is the man who contaminates the earth to live on the moon – without gravity or oxygen. Welcome! (Panaibra Gabriel Canda)

This production is technically and artistically based on different video-and-dance-collaborations of Panaibra Canda/CulturArte and Walter Verdin/Videolepsia in Maputo and Brussels (2007-2018), supported by the Belgian Technical Cooperation and the Government of Flanders. Special thanks to the French Mozambican Cultural Center (CCFM)-Maputo, Kaaitheater-Brussels and Hellerau-Dresden.

Text
Panaibra Canda, inspired by the book „When I am little again“ by Janusz Korczak, poems by Fernando Pessoa „A criança que fui“ and „Quando era criança“ and speeches of African leaders at the African Union summits 1960-2000.

Video
Live cameras, national flags, YouTube-video and panorama-shots of the cities of Hasselt (B) and Maputo (MZ) by Walter Verdin.

(Un)official Language by Panaibra Gabriel Canda revolves around the importing of a foreign language, in this case Portuguese in the former colony of Mozambique which gained its independence in 1975.  Portuguese, as the official language imported by the colonial power, encounters the indigenous languages ​​of the country. The conflict between the official language and the language spoken at home is a legacy that shapes the way one feels and thinks. On stage, two dancers, the famous Jazz singer Maria João and a musician reflect upon the pendulum effect of the standardisation and creolisation of the language and what remains of it after the colonizers are gone. (Un)official language is a piece about the impossibility of communicating with language. Taking the Tower of Babel as a point of departure, whose construction is evoked with colorful wooden blocks. “Press 1 for English, press 2 for Portuguese” helps little if the content is not compatible. The body remembers events that the head has forgotten. “In a country with 64 indigenous languages, the body is strong, not the word we no longer believe in,” says Panaibra and yearns for a world of curiousness about the unknown. Preserve the diversity as an anti-colonial principle.

By and with
Panaibra Canda, Leia Mabasso, Maria João and João Farinha

Maria is the name of the mother of God, the name of countless mothers and daughters and the name of the dancer on stage. A name, beneath which so many projections of femininity overlap. In the two-part piece Solo for Maria, the leg-amputed performer Maria Tembe dances against constricting rules and societal attributions. Her solo shows how violence inscribes itself into the body, it is also of defiant self-assertion. In this (auto-) biographical choreography, the performer presents the audience with her movement repertoire and exposes her body to their habitual ways of seeing, addressing women’s rights and experiences of violence. By not just evading the audience’s gaze, but also by throwing it back at them with great intensity, Maria creates a space of intense intimacy.
The dancer and actress Maria Domingos Tembe was born in Maputo, Mozambique. She obtained her training in contemporary dance as part of the project (In)Dependence at CulturArte with the choreographers Panaibra Canda (Mozambique), Martial Chazalon (France), Martin Champaut (Canada), Boyzie Cekwana (South Africa) and Carlos Pez (Spain). She has appeared as a dancer in (In)Dependence by Panaibra Gabriel Canda (2007), which toured in Maputo and Lyon as well as Mayotte and Réunion, in Inkomati (des)accord (2009) by Panaibra Canda and Boyzie Cekwana, in Borderlines (2010) and Metamorphoses (2015) by Panaibra Gabriel Canda. As an actress she can be seen in the film de corpo e alma (2010) by Mattheau Bron.
Duration: 35 min.
A production by Panaibra Gabriel Canda / CulturArte.

Borderlines by Panaibra Gabriel Canda is inspired by 16 years of civil war history in Mozambique and by today’s world of ethnic and religious wars, regime changes and by the utopia of a new world order. Borderlines is a search around the behaviour of the human being and a look at the body as a territory to be occupied. Interpersonal relationships associated with concepts such as physicality and territorial integrity, desire and repulsion, freedom and imposition, superiority and domination that lead to conflict, questioning where differences can be placed in a relationship of co-habitation and interdependence. “The performers are part of a collective story, as well as myself,” says Panaibra. They explore the issue of boundaries, seeking balance in the relationship between the individual and the other. They tell a story of violence whose overcoming seems utopian. A man who needs crutches off the stage and three women, one of whom has her legs amputated, transform their painful experiences into powerful scenes. A captivating choreography full of gentle affection and relentless rejection. A dance of prejudice against origin and gender, faith and religion.

Point of Intersection is the continuation of the tireless search of the Mozambican choreographer Panaibra Gabriel Canda for the postcolonial African body, freed from prefabricated body images and detached from stereotypes. In this piece he works with two different generations: older and younger dancers with very different aesthetic approaches. “They move between a modern and a traditional aesthetic. Point of Intersection is a clash of these two generations, their ideas and values. This “intersection” can also be understood as a place where a new language is being created,” says Panaibra. The performers create images of power, symbolized by chairs. They stand for grown structures, affiliation. For the old, the stuck. Around them, the performers develop with an existential urgency scenes of  sometimes playful struggles for a place in life and in history, and for the opportunity to break away from an old generation and its laws. Who owns power and how do you win or lose it? Maybe there is a space in which we can share power and coexistence? “Dance helps to understand that each step is our own and political – for our freedom,” so Panaibra’s credo.

A production by Panaibra Gabriel Canda/CulturArte (Maputo). In coproduction with HELLERAU – European Center for the Arts Dresden, Theater im Pumpenhaus Münster, Donko Seko Bamako, tanzhaus nrw Düsseldorf and Kampnagel Hamburg in the frame of Dance Dialogues Africa with the support of Bundeskulturstiftung and Goethe-Institut Johannesburg.

The body is history. In this case: the recent history of Mozambique.

Since snatching independence from Portugal in 1975, Mozambique has been a land of social and political rifts which have seen an inflexible communist model gradually make way for a fragile democracy. Panaibra Gabriel Canda undertakes a danced self-questioning. Time and Spaces: The Marrabenta Solos  explores the idea of today’s African body: a post-colonial, plural body that has absorbed the ideals of nationalism, modernity, socialism and freedom of expression. The body and dance of Panaibra reflects the fragmentation of the country, the biographies, the longings – made visible with minimal, haunting gestures. The solo performer is accompanied by the virtuose guitarist Jorge Domingos who explores the marrabenta music, a musical form born in the 1950s from a mix of local and European influences.

Panaibra Gabriel Canda, born in Maputo, Mozambique, is one of the most influential choreographers in Africa who reflects the country’s postcolonial upheavals as ambiguously as no other. He studies theatre, dance and music in Mozambique and Portugal. Since 1993 he develops his own artistic projects. His work has been presented all around the world and has won distinct prizes.

In 1998 he founded CulturArte – Cultura e Arte em Movimento, perhaps the first and only production space for contemporary dance in Mozambique. Panaibra´s dedication as artistic director and choregrapher lies in supporting and developing the local and regional dance scene, including creations, performances and training programmes. He also develops collaborations with artists in southern Africa and Europe as well as collaborating with artists of other disciplines.

Panaibra has been working for 25 years as a dancer and choreographer in Maputo and the rest of the world. In his numerous guest appearances at European Festivals, one is always reminded that intellectually grounded dance does not necessarily have to be boring, but can be dynamic and humorous. Panaibra’s famous Marrabenta Solos are an effective antidote to the dreary German-style concept dance. They describe the political development of his country since its independence through body language, show the communist, the totalitarian, the democratic body either pure or as advanced mixed form.

Panaibra was distinguished by the prestigious German magazine TANZ together with 30 other international artists as “New Promise for the Future of Dance”. 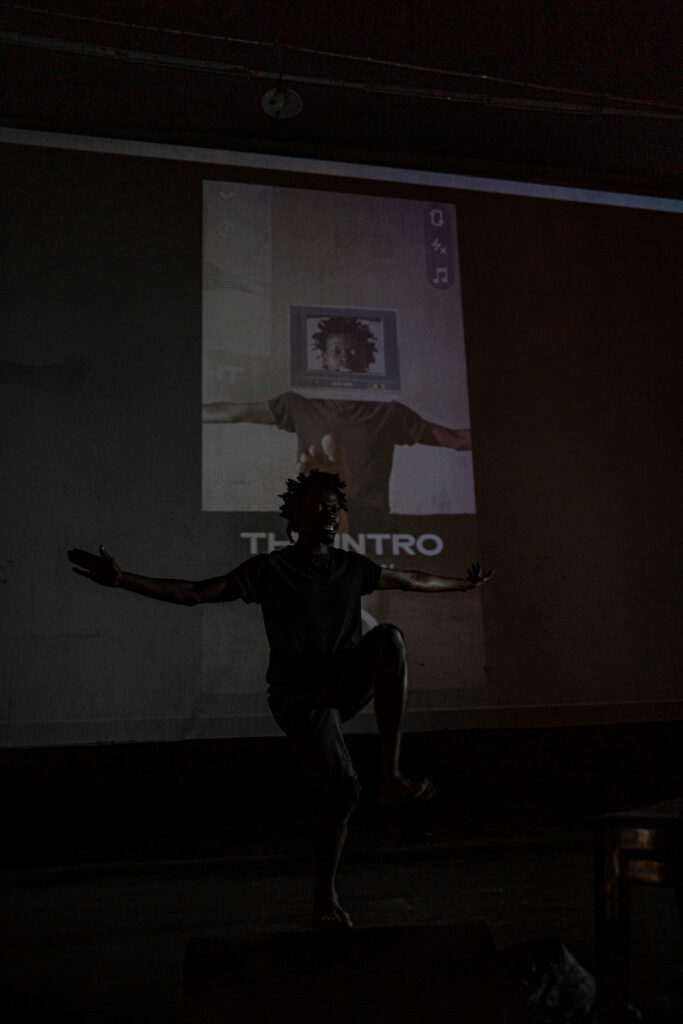 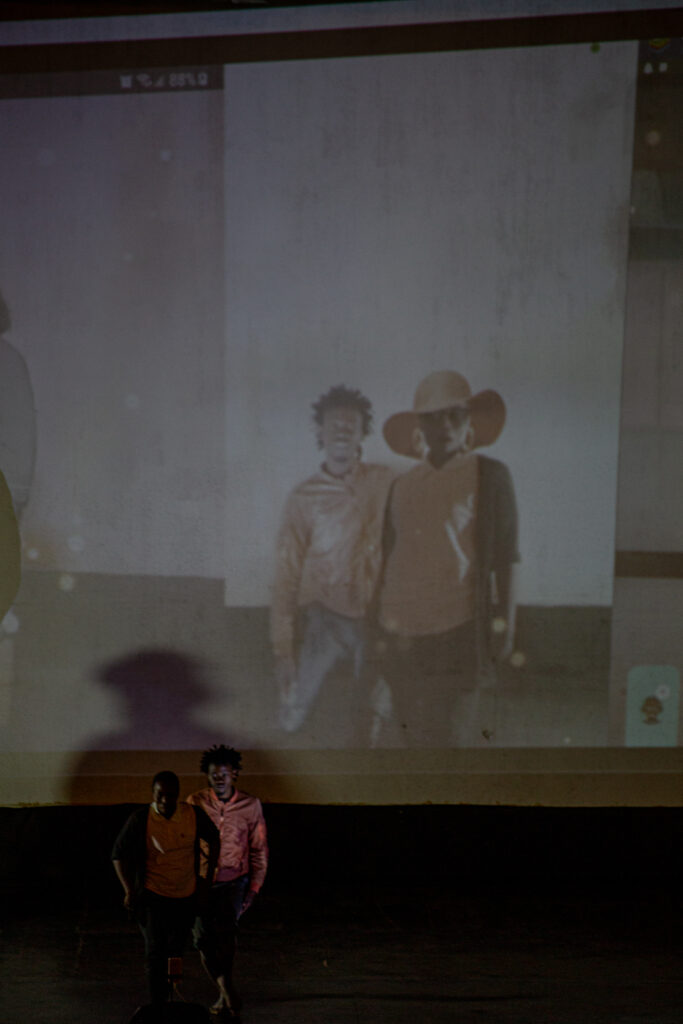 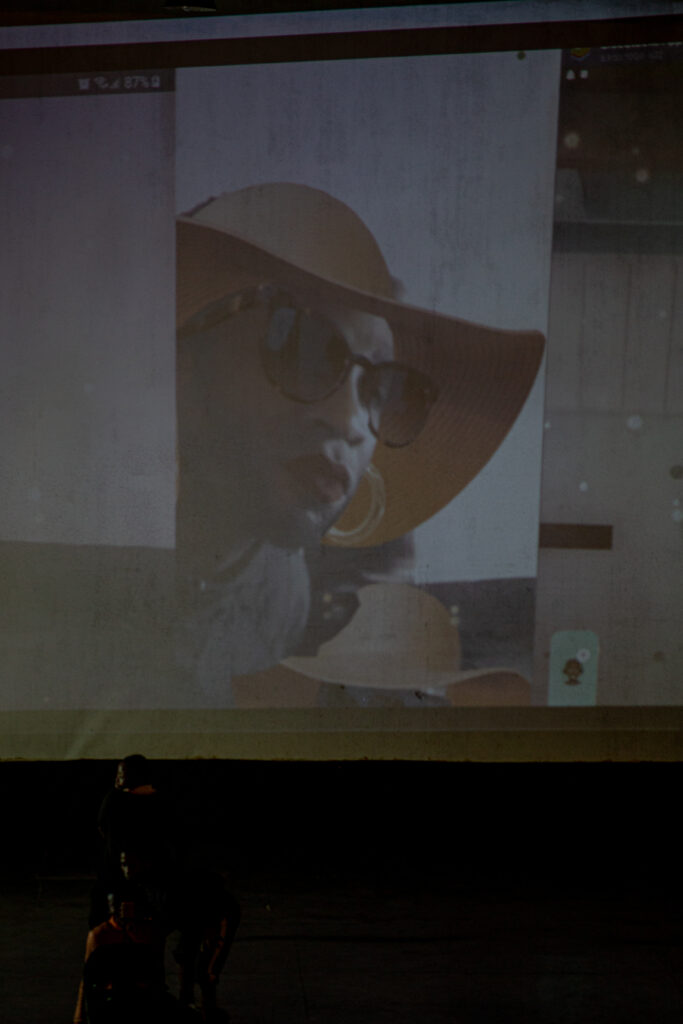 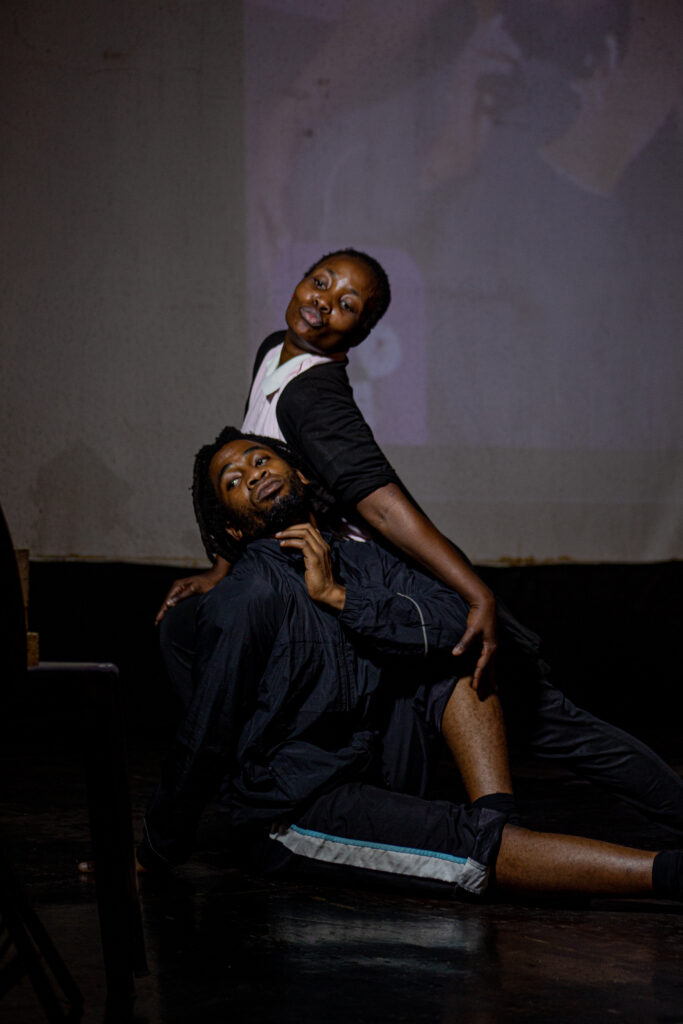 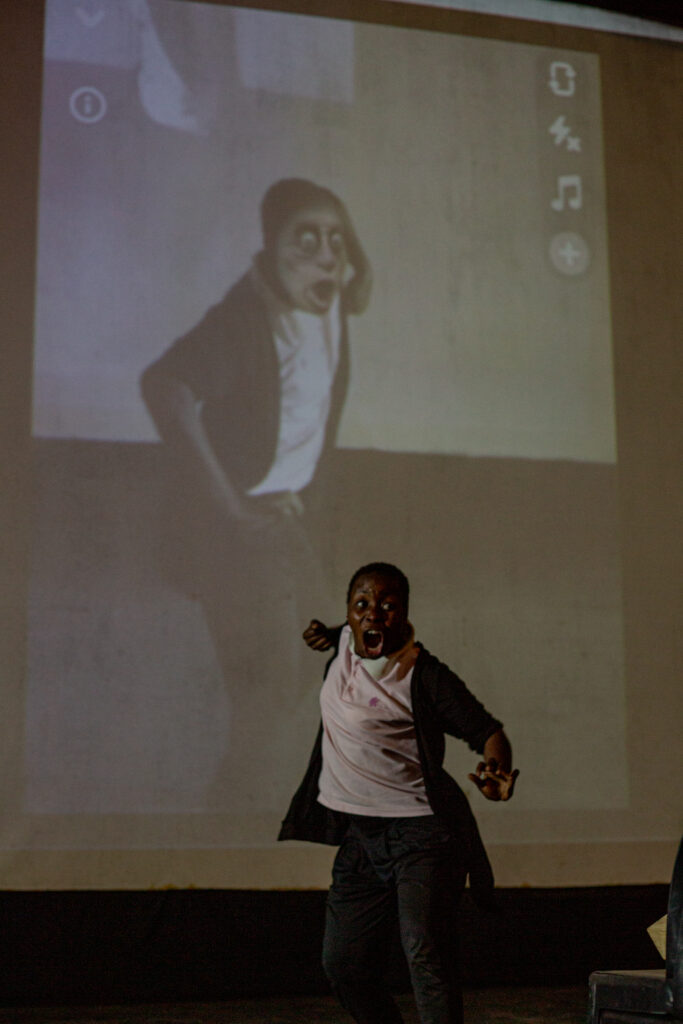 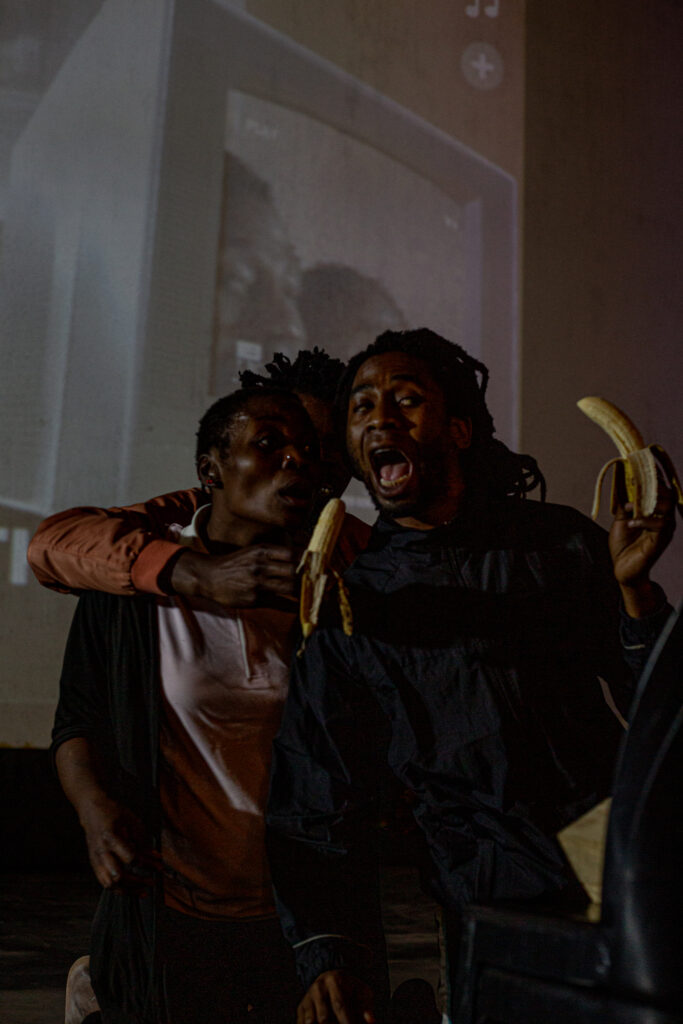 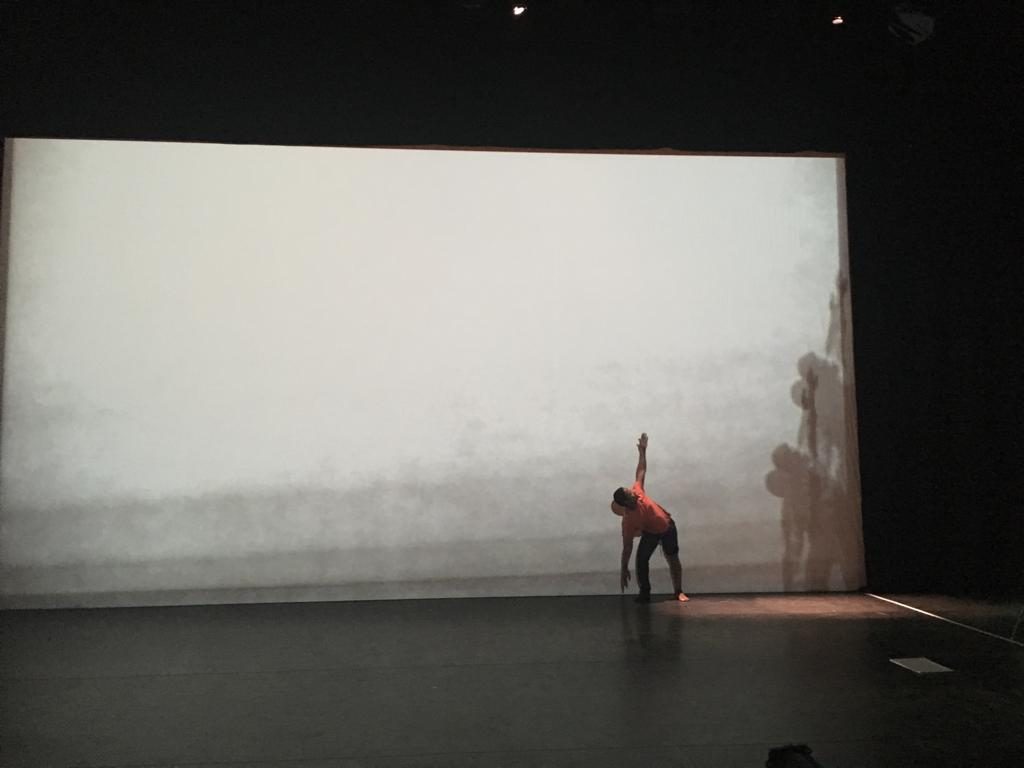 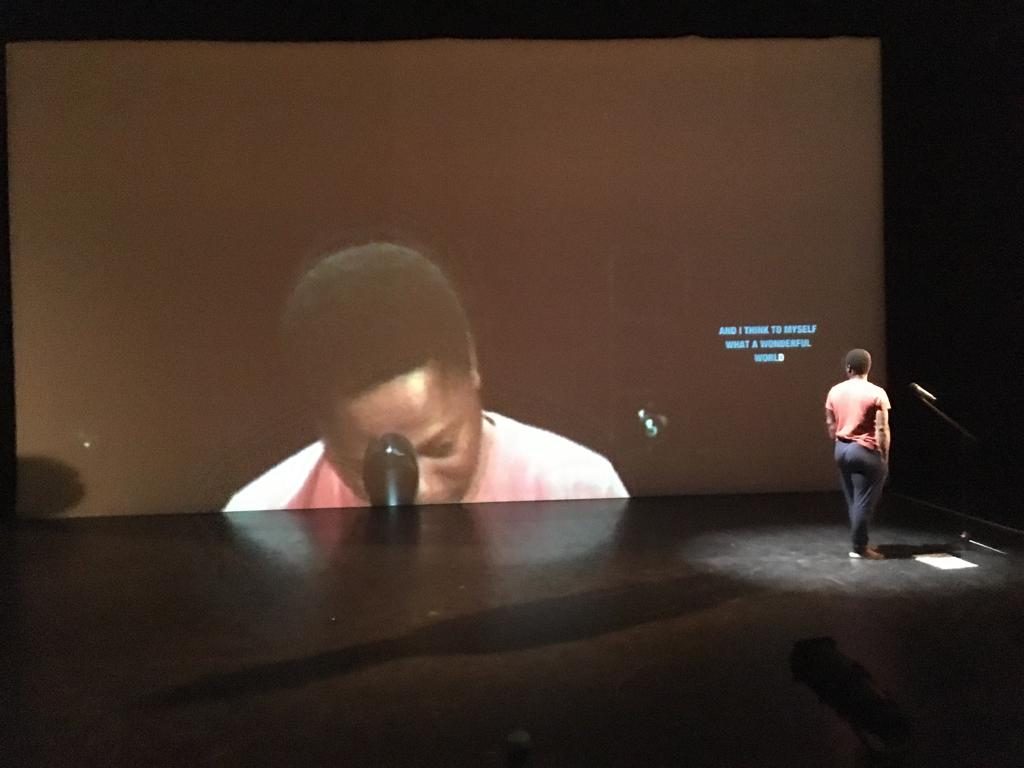 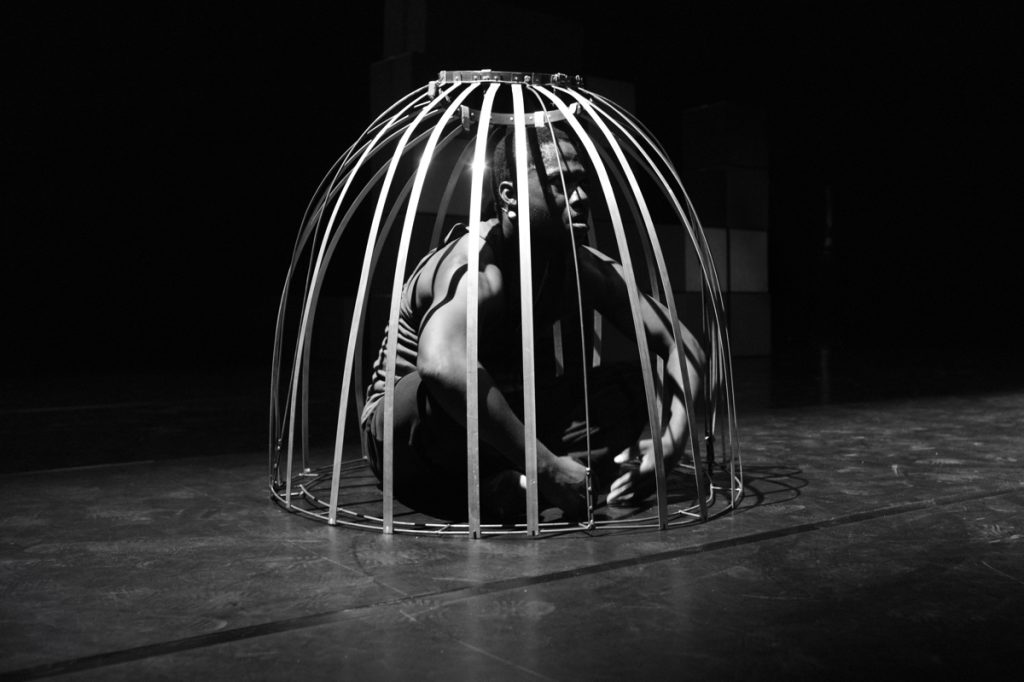 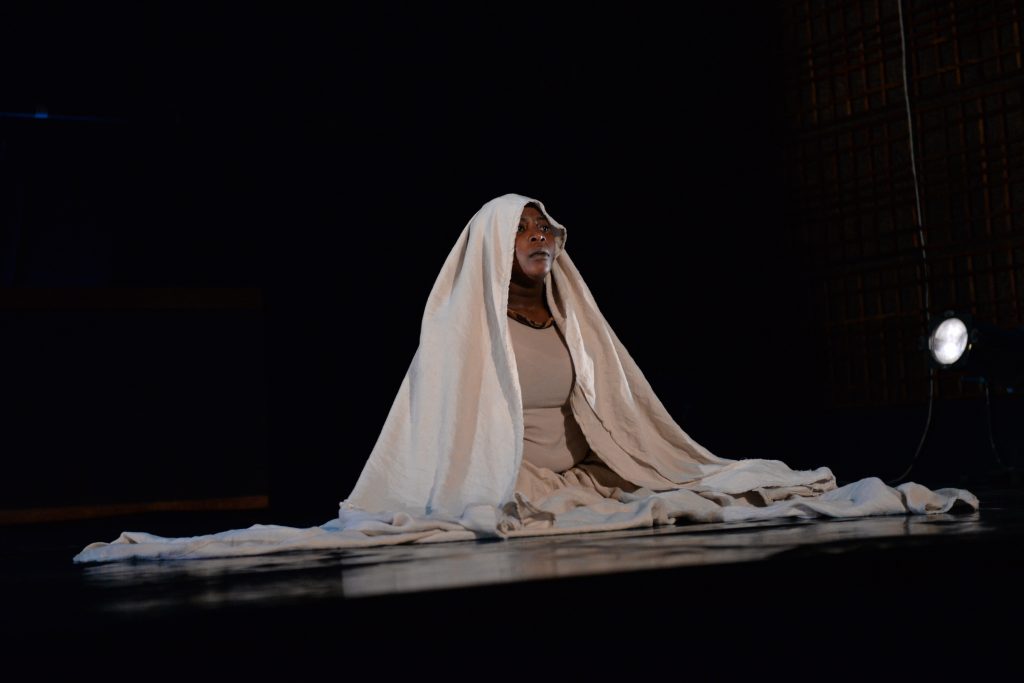 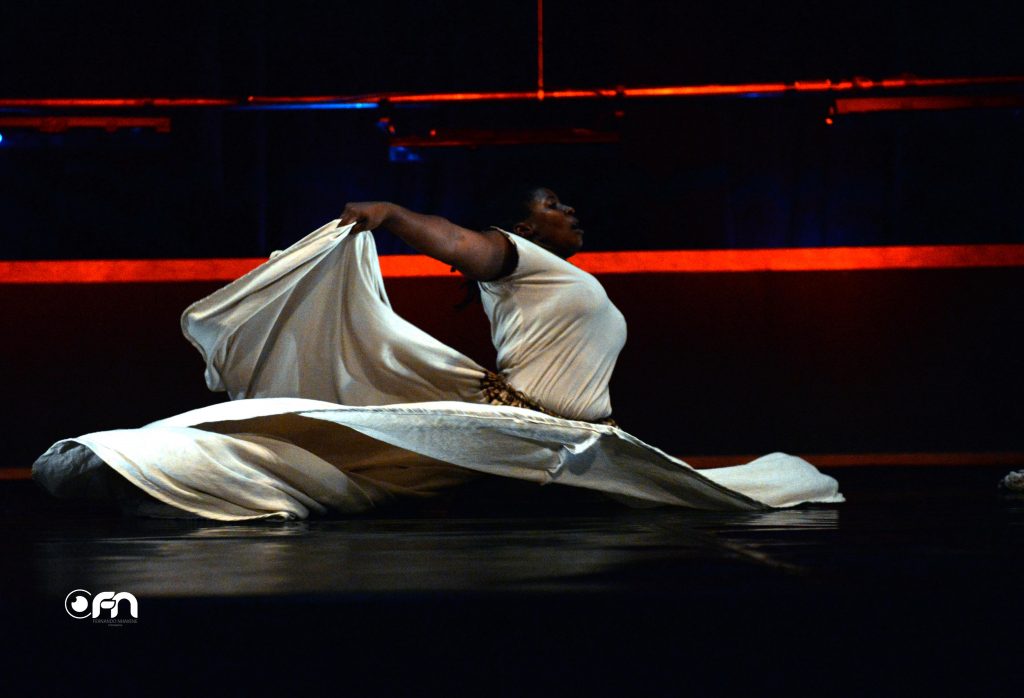 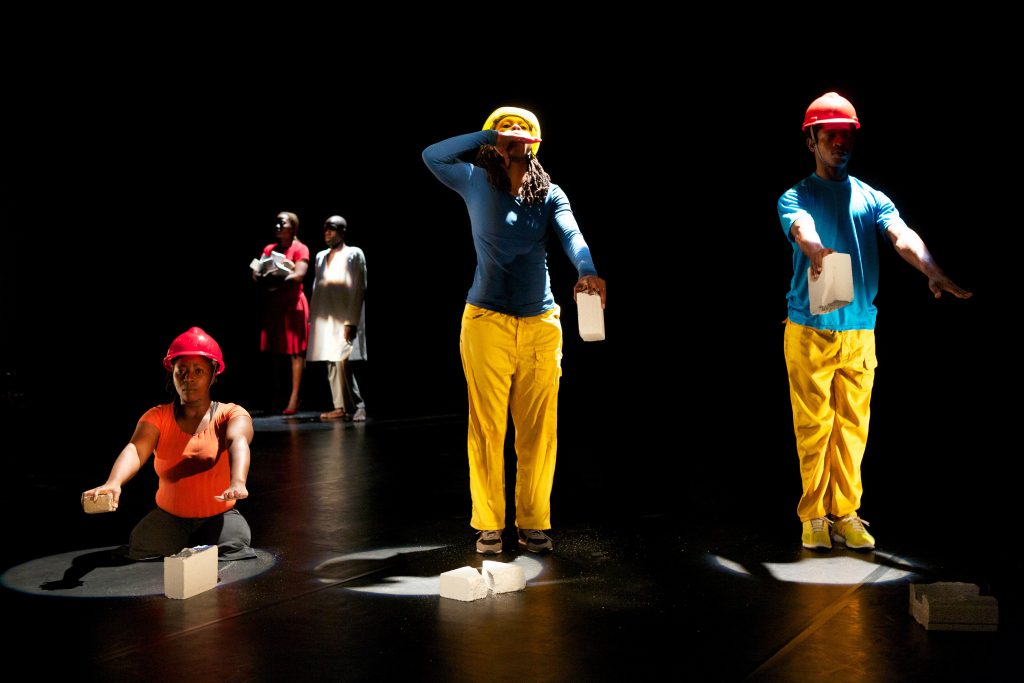 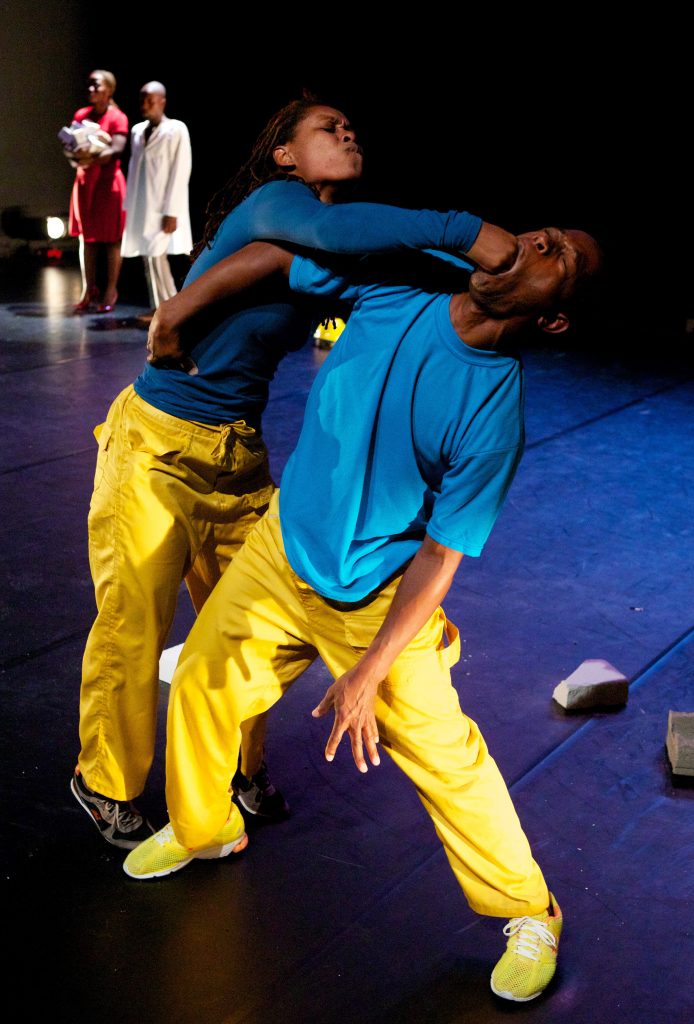 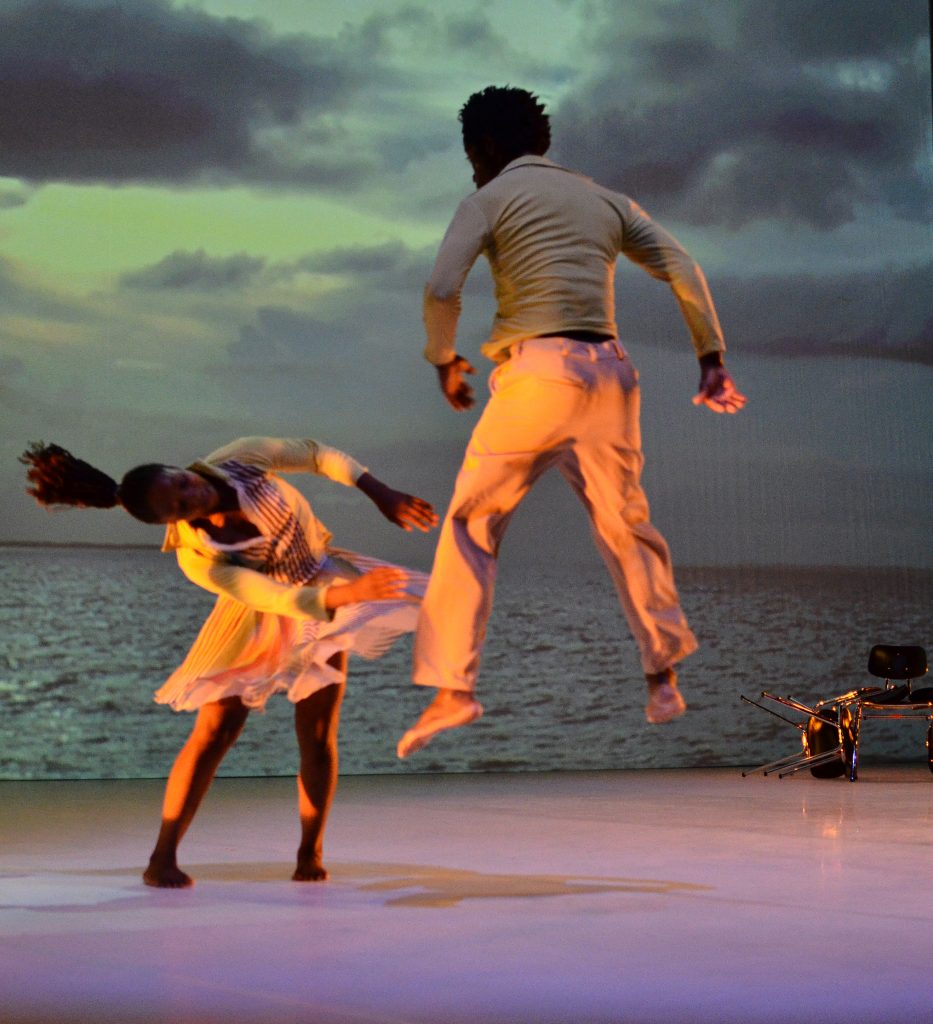 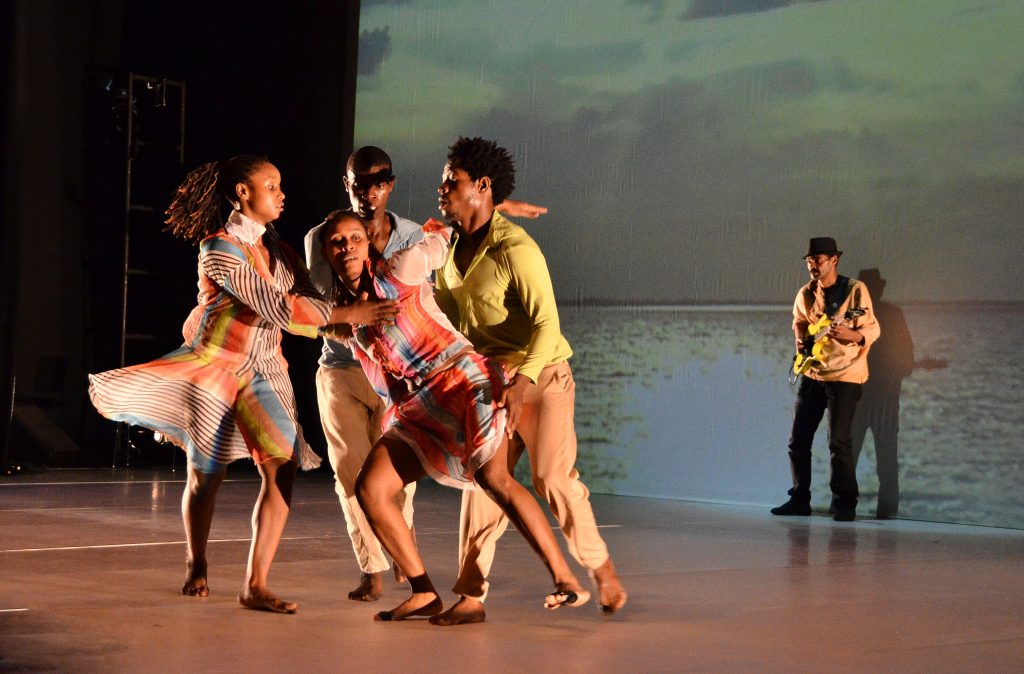 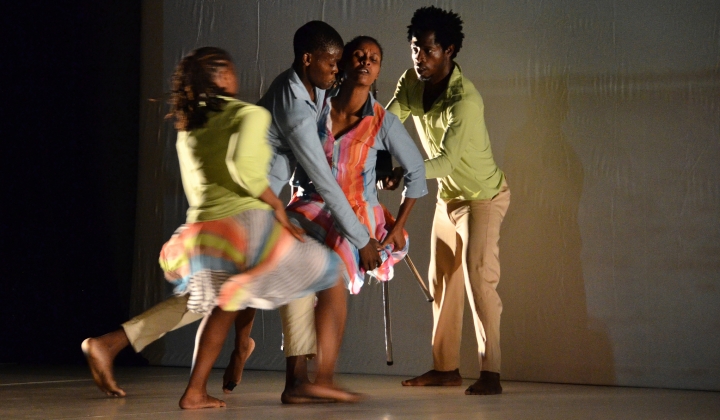 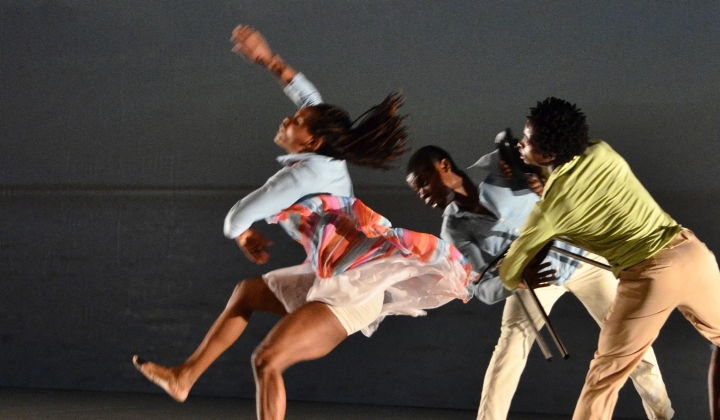 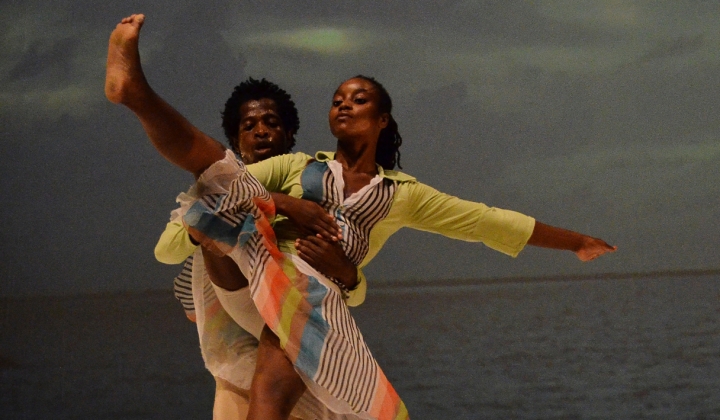 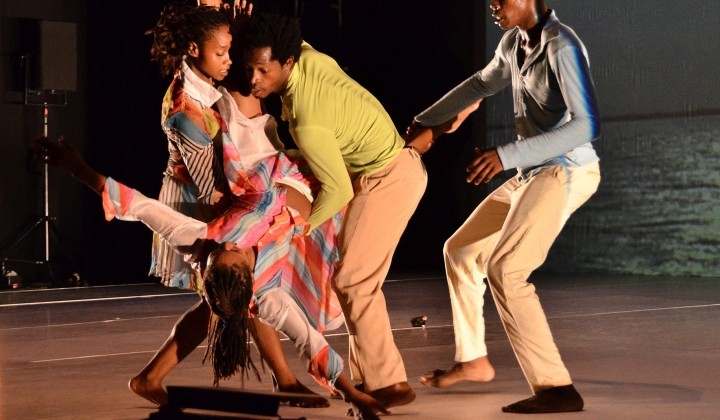 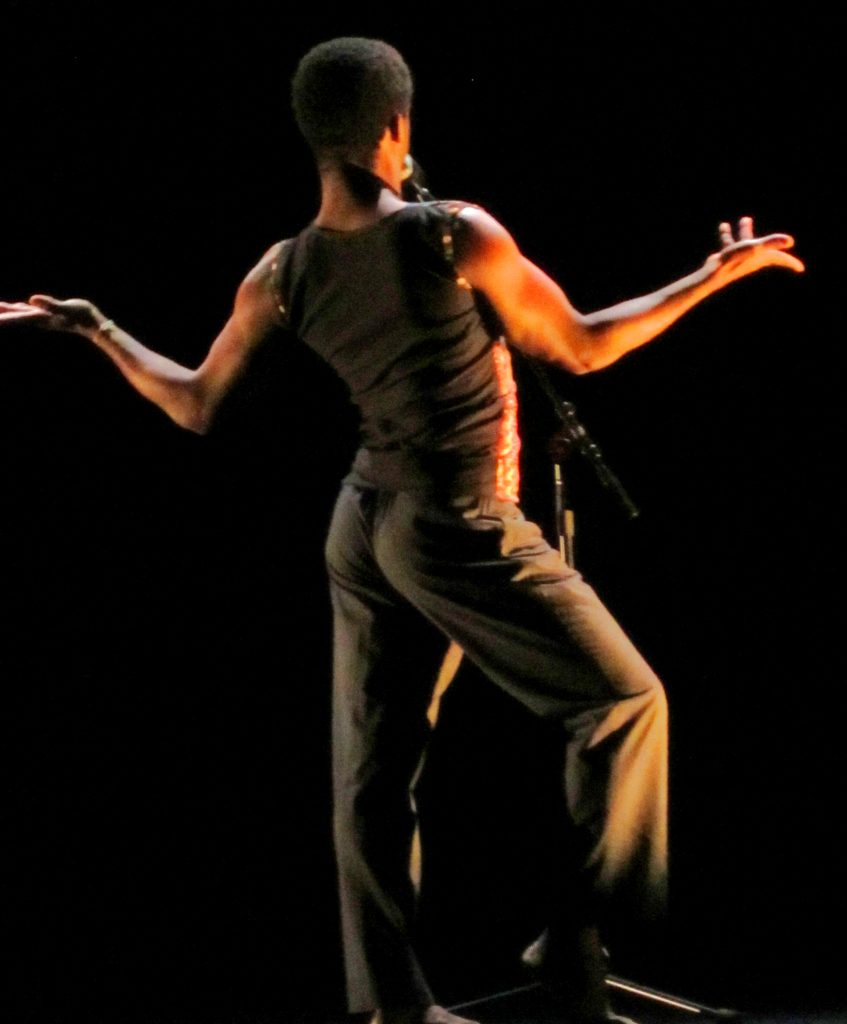 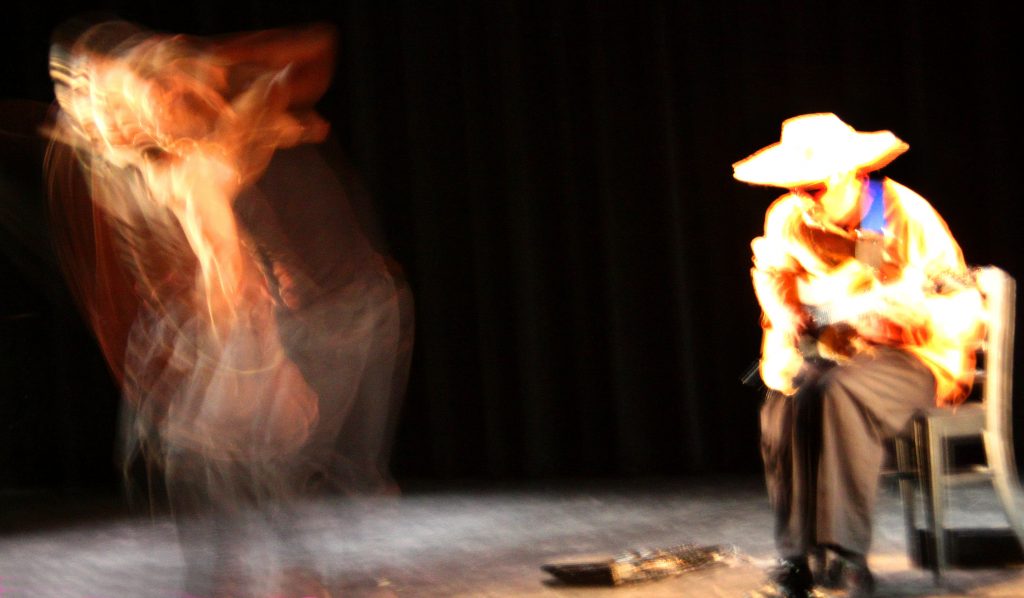 The man who did not see the whale pass by

Time and Spaces: The Marrabenta Solos